In an article published by CNN in August 2016, Lapis Legit, – Indonesia’s ultra-fine layer cake – was established as being among the world’s best and most delicious traditional cakes.

Lapis Legit was first introduced during Dutch colonial times in Indonesia. Nonetheless, although it was inspired by the Dutch, it cn rarely be found inHolland itself but can only be found in Indonesia. The reason being its long and complicated process to create this cake, which makes this a work of utter patience to make into the elegant and delicious masterpiece for which Indonesians across the globe are understandably proud to call their own.

This is a layer cake made of a lot (and I mean A LOT) of eggs, traditional Indonesian spices, plenty of butter (best to use Dutch roomboter/ butter). TheDutch in Indonesia used to call this: Spekkoek, meaning lard cake, although no lard has ever been used in it. 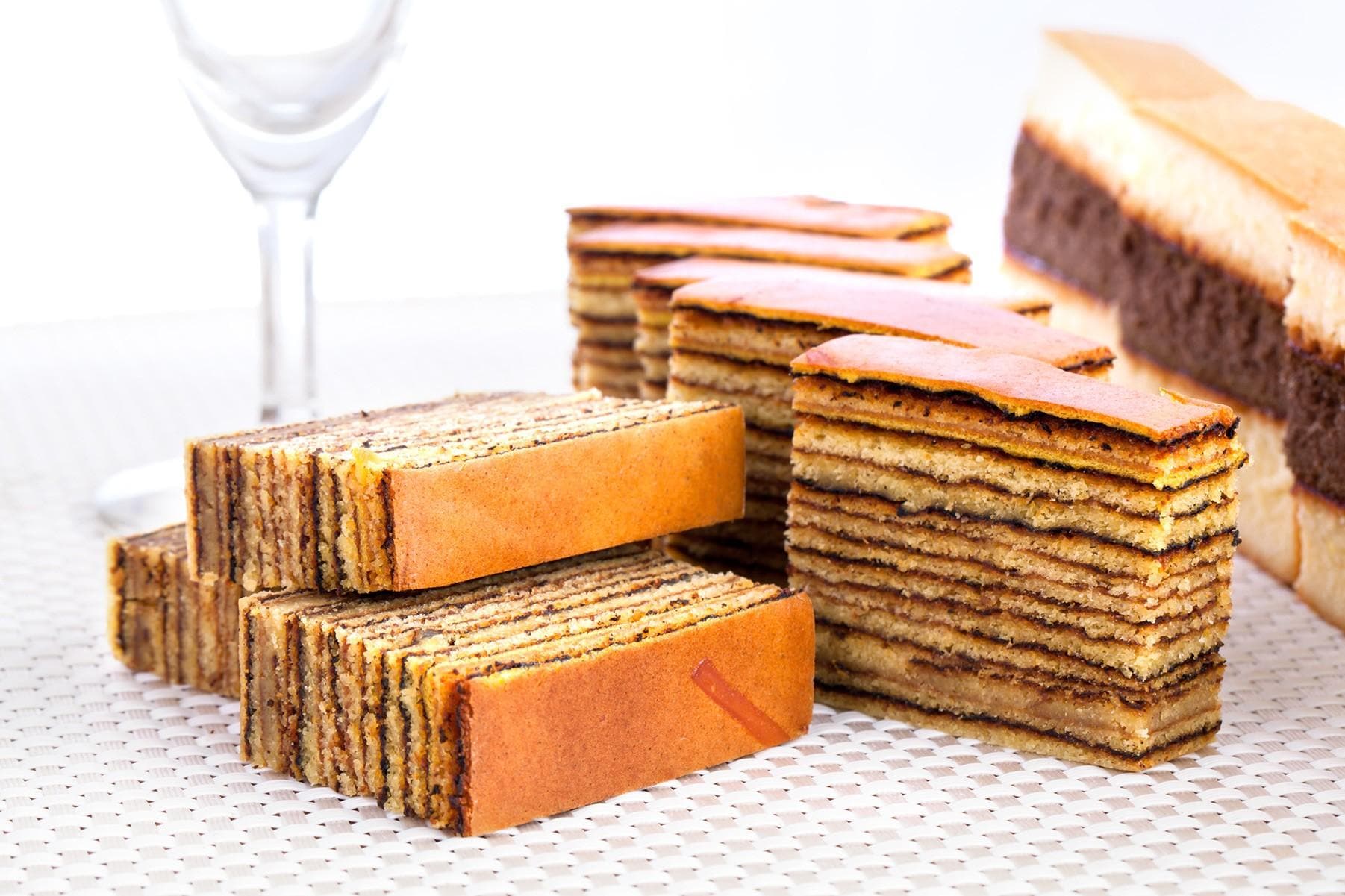 Its creation follows a long and painstaking process because the cake requires the baker to meticulously bake the cake layer by fine layer. A classic Lapis Legit cake usually consists of 18 thin layers of yummy spongy goodness.

Throughout the years, the cake has evolved from its original flavors (originally prunes and cheese) as modern bakers now include touches of more contemporary flavors such as chocolate or cinnamon. This is the type of cake that will make you truly to appreciate the true meaning of ‘love at first bite’..